Google Rating
4.6
Based on 65 reviews

Sadrina Zhang
19:27 20 Feb 20
My friend recommended the the inspector Xin Liu to me when I want to purchase my first house. We met two times, one is his inspection for my friend’s house and another one is for mine. Prompt, efficient, knowledgable and thorough. He is really professional and responsible. I am satisfied with his work. And also the report provided in two days was extremely clear, detailed and had pictures as side reference. He explained all the findings via phone with me again. I would definately recommend him to do the house inspection.

JING WANG
00:43 09 Feb 20
The inspector Xin Liu is really professional and responsible. I am satisfied with his work. Even offer me some suggestions and help one week after the inspection. Strongly recommend!

Nuan Hu
16:01 20 Jan 20
Mr. Xin Liu is so professional and I will recommend him to all of my friends, he spent more than 4hrs on the day of -18 degrees, he stepped on the roof, removed the dirty drain covers, try to inspect all corners that he can...him was on time and he worked on weekends for my rush case, I am so appriciated his great help and thanks Mr. Liu provided a super good service.

The Bidet: Everything you ever wanted to know (and more!) 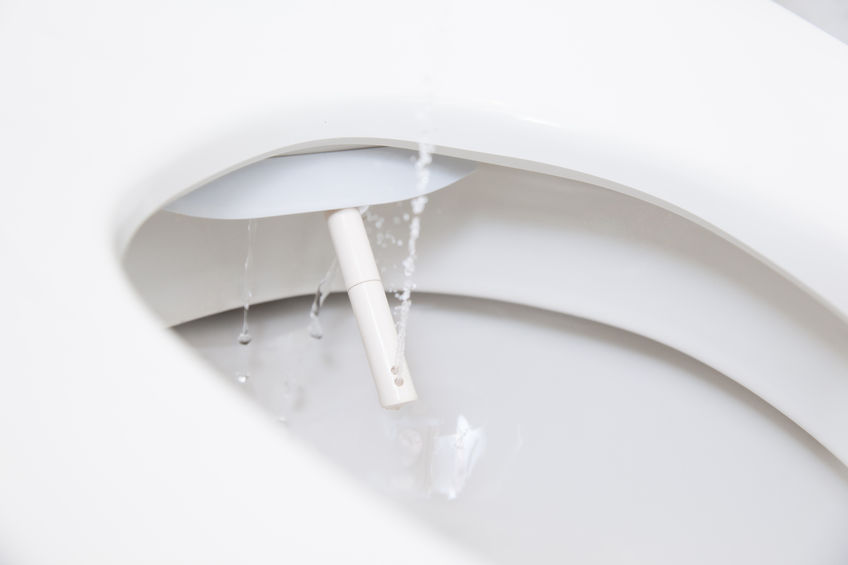 22 Nov The Bidet: Everything you ever wanted to know (and more!)

Posted at 08:15h in Featured, Plumbing by Mose Report
Common in much of Europe and Asia, bidets are toilet-like plumbing fixtures designed to promote posterior hygiene. Although bidet prevalence in certain regions represents a humorous cultural distinction from American-style paper wiping, bidets do sport considerable convenience and comfort advantages. Bidets are becoming increasingly common in North America and it is important that first-timers and home inspectors understand how they operate.

Contrary to popular belief in regions where they are uncommon, bidets are not toilet alternatives. They are used to wash the anus, inner buttocks, and genitalia, usually after the user has defecated into an adjacent toilet. Some bidets have been incorporated into toilets, especially in bathrooms that are not large enough for both fixtures. Bidets, like toilets, are typically made from porcelain and contain a deep recess within a wide rim. They emit an arc of clean water from a nozzle that can either be beneath the rear of the rim or deep within the fixture cavity. Users can sit on the rim (or seat, if it has one) or straddle the fixture and face in either direction. He or she can decide which direction to face based on the water jet configuration and the part of their body that needs cleaning. Water temperature and pressure can be adjusted with knobs in order to arrive at the desired settings.

Some bidets come with built-in air dryers that can be used to dry wet areas. Toilet paper can be used for this purpose if no dryer is available. The bidet can be rinsed after use to keep it clean. 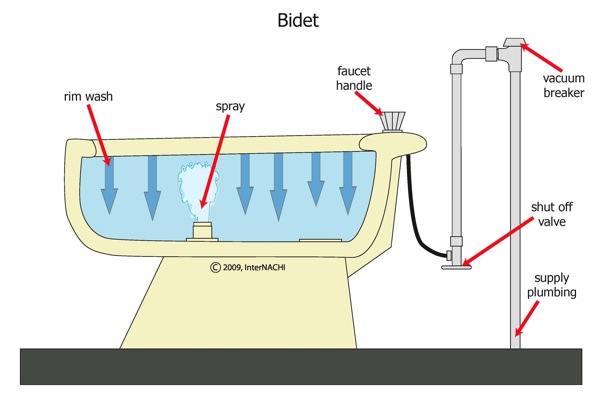 Benefits of the Bidet
Some Fun Facts About Bidets
Safety Precautions
InterNACHI inspectors can pass along the following tips to their clients:
In summary, bidets are more than just an amusing European curiosity. Despite their expense in the United States and Canada, they are becoming more popular in these regions, and for good reason – many believe they are more sanitary, comfortable, and effective than toilet paper.
Nick Gromicko and Kenton Shepard, InterNACHI